The New Day Gets Some Advice

Alexa Is Proud Of Nikki Cross!

Eye For An Eye Match

Seth Rollins defeated Rey Mysterio in an Eye For An Eye Match earning 30 points. Rollins pushed Mysterio's eye out of the socket on the corner of the Steel Stairs!

Asuka and Sasha Banks ended in a DRAW for the RAW Women’s Championship Match earning 30 points for Asuka and 5 points for Banks. This match ended in controversy!  Bayley and Kairi Sane earned Accompany To The Ring points.

McIntyre Vows To Get Better

Braun Strowman and Bray Wyatt ended in a DRAW for the  Wyatt Swamp Match with both wrestlers earning 15 points each. The Fiend made his appearance at the end with the Mandible Claw pulling Strowman under the swamp water. Does this mean we will see more of The Fiend again? Let's hope so! 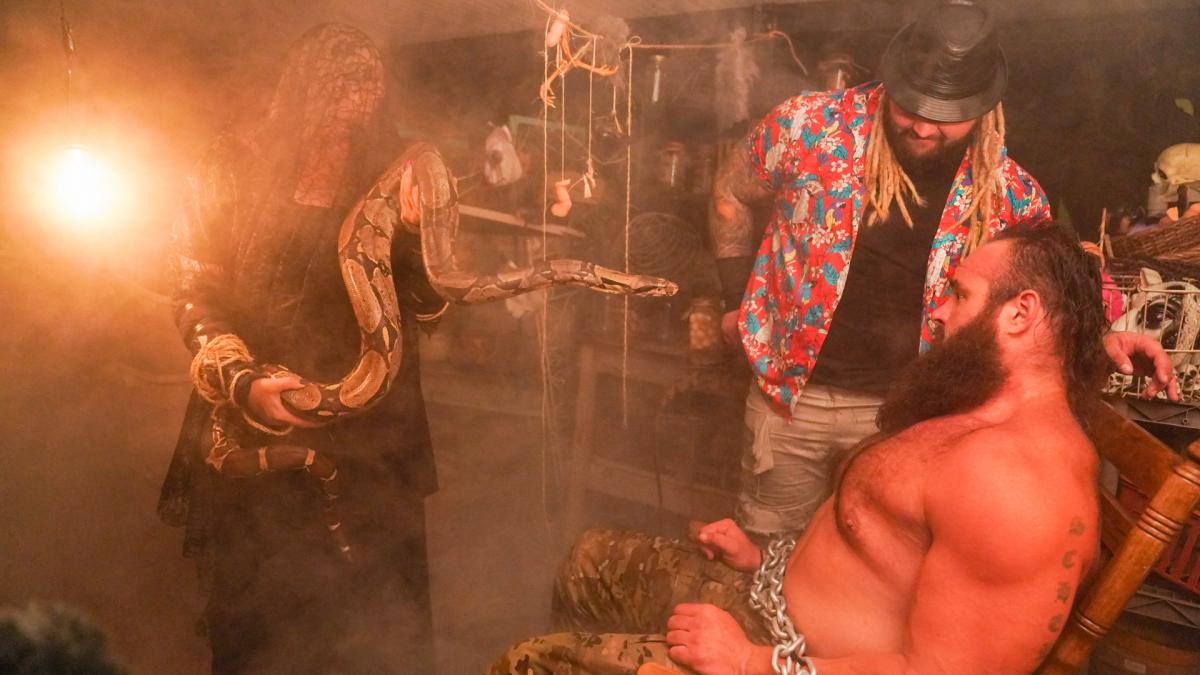 Apollo Crews was unable to compete so MVP named himself United States Championship. No match points since the match did not take place. Just because you say you are the Champion doesn't make you the Champion.

Get the full The Horror Show at Extreme Rules Fantasy Wrestling Results here!