Rumored to have an elbow infection that caused him to be pulled from the Raw Reunion Show. Will update you when more details become available. 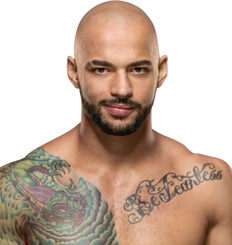 Rumored to be heading to 205Live. Doesn't make sense but who knows where his story is heading. Still waiting on his Big Announcement.

FOX is in talks with WWE about getting NXT on FS1 per the rumor mill.

WWE and FOX are supposedly planning a 1 hour launch show in September to prepare for Smackdown’s move this fall.

Kevin Owens mic work the last few weeks is rumored to be unscripted.

Applied for the trademark “WWE After The Bell”. Might have something to do with the upcoming FOX premiere.

Decided to take up the Orlando Food Guys Challenge and eat 6 pounds of food in 10 minutes. He consumed a Triple Cheeseburger, 2 Burritos, 5 Tacos, 2 orders of Loaded Fries. Check out the video here.

WWE Network is receiving a new update. Check out the video which shows some really amazing new things. Watch now.

Defended his 24/7 Championship Belt at San Diego Comic Con over the weekend. Check out his great footage.