The WWE Women’s Tag Team Belts have been added to DropTheBelt. The belts are worth 30 points for a win and 15 points for a title defense. Good luck on Sunday.

Becky Lynch suspended for 60 days and replaced in Wrestlemania match by Charlotte Flair. This has to be a work because The Man vs. The Baddest Woman on the Planet is what the WWE Universe wants to see. Rumors of a Triple Threat have been circulating for months. Will keep you posted on updates.

#TheMan is OUT, and #TheQueen is IN after @VinceMcMahon dropped a #WrestleMania bombshell on #RAW, replacing @BeckyLynchWWE in the #RAW #WomensChampionship match with @MsCharlotteWWE! https://t.co/BcX9CUnmx7

Braun Strowman vs Baron Corbin in a newly announced No Disqualification Match Sunday at Elimination Chamber. 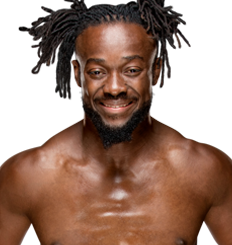 No new wrestlers added this week.

Seth Rollins
Appeared on Monday Night Raw, but speculation is he has a back injury and will not wrestle again until Wrestlemania 35.  Will keep you updated.

Rumor is Kevin Owens will be brought back as a Babyface. That would be a strange turn since his Heel routine is fantastic.

Dave Bautista was rumored to have met with WWE officials last Thursday in Connecticut. Who knows what is planned. Will keep you updated.

WWE is advertising for women wrestlers with this Casting Call advertisement. Sounds like a new show coming soon.

WWE Hall of Fame inductees are slated to start being announced after the Elimination Chamber. We should start getting names as early as next week.

WWE Studios is said to be collaborating with Netflix to be releasing family friendly movies the streaming service. I will update when I get further details.